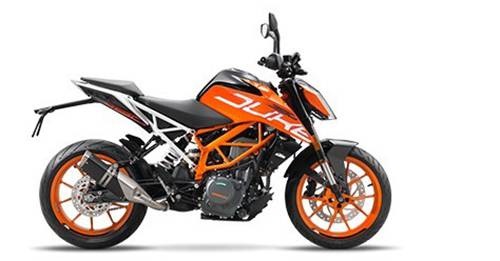 When KTM initially brought out its Duke twins, these bikes were not considered your run-of-the-mill daily commuter. They were designed to go fast, came with sharp handling and produced even more power than their rivals. Also, the Austrian bike maker ensured it priced it bikes at affordable prices. However, refinement did draw its fair share of brickbats. In 2017, KTM launched the 250 Duke and the 390 Duke, the latter of which came with more equipment, making it the priciest in its range.

The new Duke 390 shares its bodywork and frame with the 250 Duke. It gets a two-part trellis frame with an exposed bolt-on sub-frame along with a 13.5-litre fuel tank. The new design language is far more aggressive than the older bike; in fact, it takes a keen eye to spot the differences between the 250 and KTM 390 Duke. The KTM 390 Duke features a split LED headlamp setup and gets a new TFT instrument console. The tank is angular and well sculpted, hinting at an aggressive look. The positioning of the key-switch has changed; so has the seat design, which is now longer and provides better support. The KTM 390 Duke even features a two-stage, side-slung exhaust and it cannot be mistaken for sounding like anything but a KTM, and the exhaust note sounds good. Those exposed tubes of the bolt-on trellis sub-frame bode well with the side panel, giving it a proper naked bike look. There’s no denying the fact this is a sharp-looking thing, featuring twin LED tail lights.

For 2020, the KTM 390 Duke got a few updates, like two new colour themes: a matte grey and the in-your-face orange. Both colours are attractive while the former will appeal to a mature audience. Otherwise the bike remains largely the same, which includes all-LED headlights and DRLs along with its 13.5-litre tank that gives it a racier look. The TFT instrument hasn’t been touched and now gets Bluetooth connectivity and the option to toggle Supermoto mode that helps switch off ABS at the back whilst toggling the new quickshifter.

Swing a leg over

Getting on to the KTM 390 Duke is no different from its predecessor. However, it gets an 830mm seat height, foot pegs that are set more towards the back, making it a bit cramped, particularly for tall riders, and the increased seat height is a little troublesome for riders with an average height.

Of all the changes, the most significant of them lies in the engine. The updated 390 Duke by KTM Bikes is powered by a 373.2cc, liquid-cooled, single-cylinder engine like the bike it replaces, but of course, it is now BS6 compliant. Ever after the all-important emissions updates, the bike’s peak output figures are the same: 42bhp and 37Nm of torque. The bike also features a catalytic converter and has been routed from under the motor instead of the side, resulting in an increase in kerb weight, making it 167kgs now.

In 2017, the bike featured an update in the ride-by-wire throttle that helped improve throttle response, making the engine sound refined and smooth. Even the BS6-compliant motor doesn’t fall short on such attributes. Open the throttle on the updated Duke, and you’d be stoked at how it doesn’t surge ahead

However, you’d be happy to know that the motor picks up revs in no time, putting you in the sweet spot of the mid-range, which doesn’t need much effort. After you’ve reached that point, the 390 Duke will leave you flattered in more ways than one, and makes you want to dart into corners. With the addition of a bi-directional quick-shifter, the occasional visit to the race track will have you grinning from ear to ear. Riding faster gives the rider more confidence while also making it a breeze to ride in the city. But we think refinement can get better. The engine loves being accelerated enthusiastically but you tend to find the gearbox a bit clunky. Instead of the conventional pressure sensor on the shift rod of the quickshifter, it now receives an electronic unit that senses the lever’s mechanical movement.

Go for it boy

In 2020, prices of all KTMs had shot up, including the Duke 290 and post the pandemic, prices have gone up even further. However, for the styling, performance and dynamics you get, the 390 Duke is a lot of bike for your money, and let’s not forget the addition of a quick-shifter. Now while the raw appeal of the original 390 Duke is long gone, the new one takes things further with its improved refinement levels. Also, read the latest bike comparisons, only at autoX. 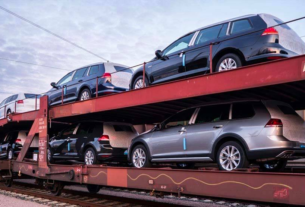 Everything You Want to Know About Domestic RV Shipping

Are people who are not getting side effects after taking the vaccine safe?

Everything You Want to Know About Domestic RV Shipping

How to Pamper Yourself and Your Family on a Budget

The Difference Between Three Roofing Workers